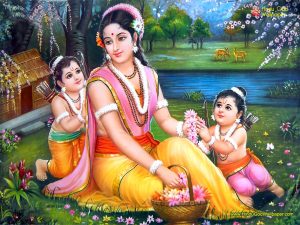 The LCUK is managed by an Executive Committee and a Central Council comprising members from each regional Mahajan. An elected board of five Trustees helps govern the LCUK and advise the Executive.

Technology is used extensively to operate LCUK and to communicate with all the national membership via the regional Mahajans.

The LCUK aims to encourage the Lohana Youth to actively integrate and participate in all Community activities across the UK. Special sub-committees managed the following:

Many special one-off projects have been managed by LCUK for their members, as listed below:

The Lohanas trace their roots in history right up to the time of the Aryans in the Indian sub-continent (which then included today’s Afghanistan), making theirs the oldest surviving community in the world. According to ancient Indian texts, the Aryan civilization was established by king Ishaku some two to three millennia before Christ (BC). His 63rd descendant was the great king Raghu, who established the Rahguvanshi Dynasty.

Lohanas’ history begins with King Raghu, who belonged to the Suryavanshi lineage, thus called because they worshiped the Sun (Surya). Raghu”s grandson was the legendary King Dashratha of Ayodhya, of whom Prabu Shri Ram, an incarnation of Lord Vishnu was the eldest.

When Ram chose to give up his throne he split the kingdom between his sons, Luv & Kush. The younger son Luv was given the northeast region of his kingdom, which came to be, called Luvalka or Luv’s land.

In the Ramayana, Luv is portrayed as a brave warrior. In one episode, even though he is a mere boy in the hermitage, he brings the entire army of his father Lord Rama to a standstill by the prowess at archery. His descendants too were of the same mould, but they were not satisfied with Luvalka and pushed to the west and annexed today’s Afghanistan and adjoining areas.

Around 580 BC, Hindu society came to be divided into different castes based on their occupation. One of these castes was called Kshatriyas and King Luv’s descendants were classed with them and came to be known as Luvanam, which was also referred to as Luvana. The Luvanas from Loharghat became known as Loharana (masters of swords), which later became Lohana.

Many historians have paid tribute to Lohanas as warriers of great bravery. A possible reason for the bravery is that they had placed themselves for centuries in the direct path of invaders from northwest like Persians, Macedonians, Mughals, etc.

Ruling in Afghanistan for many centuries they braved onslaughts of invaders looking for converts in India. From 7th to 11th century A.D., living on the small hills in the northwest which saw hordes of Muslim invaders at the gates of India, the Lohanas fought bravely against these invaders.

They held their grounds for long in northwest but finally were defeated and had to fall back and moved initially to the Sindh province of today’s Pakistan. Meanwhile, Prophet Mohammed established Islam. His followers spread out in different directions to preach His religion and in due course they turned towards India too. When these hordes reach northwest, they had to contend with the brave Lohanas and were held back for many years. So Sindh fell to Muslims and Lohanas disintegrated into small segments.

The Lohanas felt their identity was increasingly threatened in Sindh and they began to migrate towards Kutch, Saurashtra and Gujarat. Famous warriors once, they took to trade and business. Their instincts of the warrior past were tested in 1764, when Gulam Shah Kora attacked Kutch and they had to account for themselves in the battle of Zora. Lohana women fought alongside their men in this battle and the land of Kutch is strewn with memorial stones marking the deaths of brave Lohanas.

Lohanas are still to be found in Afghanistan and Pakistan, which are now Islamic states. In Afghanistan, they still maintain their religious identity and are known as Lokhathra. The Lohanas who keep their Hindu identity in Sindh are known as Sindhi Lohana.

Those Lohanas who were converted to Islam are known as Khojas. Many of them retain their Hindu names. The most celebrated among them was the creator of Pakistan, Mohammed Ali Zinnah, whose father’s name was Jinabhai Thakkar.